Pipetronics® participated alongside its partner companies RELINEEUROPE® and RELINEAPTEC® at the IFAT exhibition between 14 and 18 May in Munich. Numerous attendees and stakeholders were impressed not only by the technological innovations on display, but also appreciated the broad range of services offered by the RELINE UV® Group. Electric and hydraulic sewer robot systems by Pipetronics® are the perfect supplement to these system components, which range from UV light-curing GRP hose liners to powerful UV hardening equipment. The practical demonstrations held outdoors in front of the hall were also very well received and helped illustrate different uses for the innovative Pipetronics® milling and filling robots.

The Pipetronics® eCUTTER® milling robot, a trusted solution for many years, was exhibited at the IFAT for the first time with a newly developed electric motor. The eCUTTER® offers constant performance values in continuous operation thanks to its low speed and high torque. The eCUTTER® is battery operated (operating time: eight hours of work under full load), with power generator, or an auxiliary vehicle drive. Thanks to its especially quiet and emission-free electric drive, milling work can also be completed overnight or during the midday hours. The eCUTTER® bespoken vehicle from Geiger Kanaltechnik was shown at the exhibition stand for interested visitors. Two versions of software used for document management installed on this vehicle were presented for the first time: Pipetronics Document Management Basic as the basic version and the software WinCanVX, developed by WinCan. These allow the work completed by the robots to be documented quickly and prepared for upcoming process steps.

Pipetronics® has combined the electrically driven eCUTTER® milling robot with the proven PI.TRON filling and grouting system into a single system. It can be supplied as a sprinter/trailer solution, a complete truck installation, or a two-sprinter solution. In addition to the necessary milling work, the eMULTI system can now be used for all filling and grouting work in the sewer. The PI.TRON system, which has been used for many years, enables highly precise and flexible work in the partial repair of damaged joints and cracks as well as the rehabilitation of connection pipes in drainage pipelines. The Pipetronics® robot systems are ideally suited for use in oval and large pipe diameters  thanks to special egg-shaped trolley and chassis widening spacers.

At the outdoor stand, IFAT visitors got a look at the eMULTI bespoken-system by Jeschke Umwelttechnik live demonstration of some milling work and in use with the PI.TRON system, as well as the bespoken multifunctional system by French company Telerep Sarp.

Pipetronics® offers a broad arrange of epoxy resins for filling and grouting by Epoxonic and Sika for its robot systems. Pipetronics® presented its new, proprietary epoxy resin PI.TROC 21 at the IFAT for the first time; the resin was specially developed for renovating the connection to laterals. It stands out for its extremely high viscosity and spreads very quickly and homogenously. In addition to the numerous advantages of the resin, PI.TROC also has one key practical advantage for processing: It is delivered in 700ml tubular bags, perfectly adjusted to the capacity of the PI.TRON filling and grouting system resin cartridge, which has a capacity of up to 2.8 litres.

The new SAM700 mixing and dosing station can be used to blend 4 x 700ml tubular bags (or 500ml tubular bags) with consistent high quality in an automated process, always ensuring the right mixing ratio. These can then be filled directly into the renovation robot's cartridge. This process isn’t just simple and safe for renovation workers at the construction site, it also minimises waste and tool cleaning work.

We would like to once again thank the companies Jeschke Umwelttechnik GmbH (Stutensee/Karlsruhe), Geiger Kanaltechnik GmbH&Co.KG (Kempten) and Telerep Group Sarp (Paris), who allowed us to exhibit their new vehicles.

Pipetronics GmbH & Co. KG was founded on 1st of January 2016. The company now employs around 60 people. Together with its subsidiary Pipetronics Swiss AG, the company offers sewer rehabilitation robots and the performance of service and maintenance work for various robot systems at four service depots (Röthenbach/Pegnitz, Gütersloh, Herne, Dübendorf/Switzerland). In 2018, a further location is to be added in Rohrbach/Pfalz.

Pipetronics® also develops and produces power generators under the brand name “Quickland”. These offer high performance and are lighter than conventional devices at a lower noise level. These properties offer enormous advantages in vehicle construction. 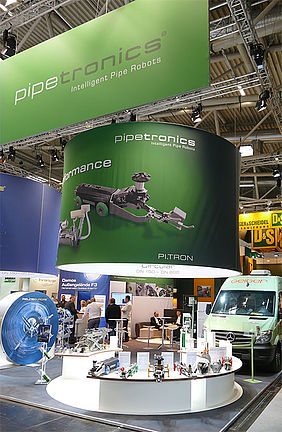 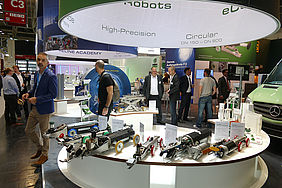 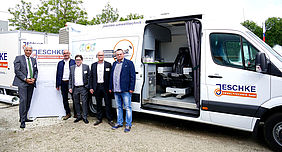 Handover of the eMULTI system to Jeschke Umwelttechnik 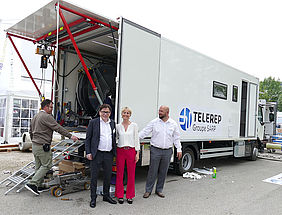 Handover of the eMULTI system to Telerep Sars from France 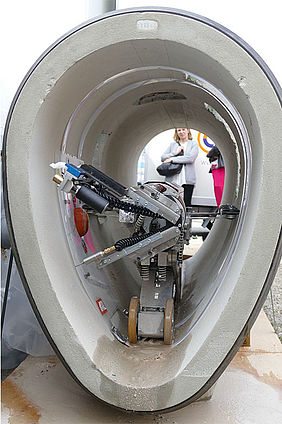 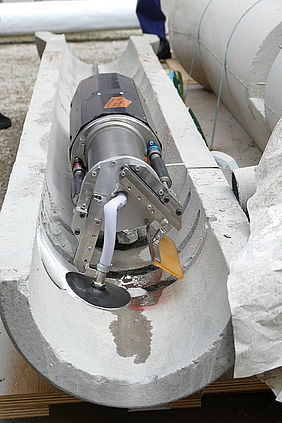 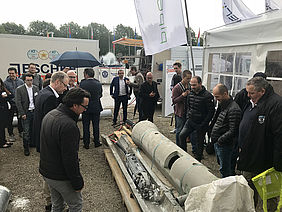 Live demonstrations outdoors at the IFAT 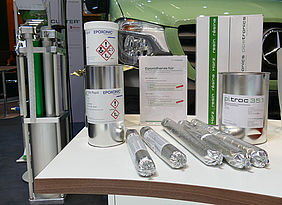 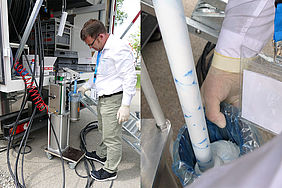